Chickens Should Avoid These Foods

This entry was posted on 30 October 2020 in Keeping Chickens.

The problem with chickens is they will eat anything, but certain foods can be dangerous for a chicken to consume, even fatal. So take a look at some examples of foods that should be avoided.

Your chickens must never eat dried or raw beans. Dried beans can be the cause of very serious illness, and even death, for a human, but for a chicken, they are always fatal. Kidney beans are the worst culprit, but it is important to understand that any beans that have not been properly cooked have the potential to be lethal for a chicken. This is because beans contain a toxin called phytohaemagglutinin, something that is always fatal to poultry. An illness will be triggered after a chicken has consumed as little as 3 beans, progressing rapidly, and killing the chicken in as short a space of time as 1 hour. Once the chicken has eaten the beans, there is nothing you can do to save it.

This might seem like an obvious one, but it is worth highlighting all the same. Moulds that have grown on soft fruits produce toxins, so they should not be given to your flocks. Yes, some moulds are good – penicillin was developed from a mould, for instance, but it is not possible to judge which moulds are good and bad, so it is not a risk worth bringing into your chicken coops. 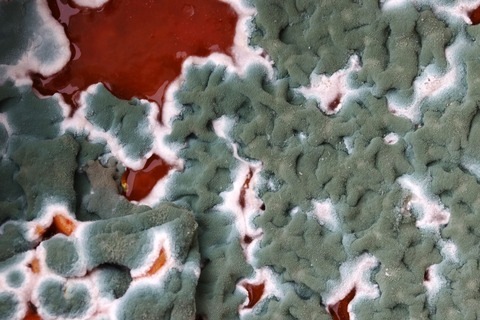 Parts of an Avocado

Chickens are susceptible to a toxin which is carried by an avocado called ‘persin’. If birds were to consume foods containing persin in large doses, they will have heart problems, which would be followed by difficulty breathing. Death can occur in less than 48 hours.
However, persin mostly exists in the skin and stone of the avocado, whereas the flesh has lower levels of persin. It still contains some persin because that substance is fat-soluble and leaches into the flesh from the stone.

Chocolate can cause heart problems for birds, such as an irregular heartbeat and even a cardiac arrest. Death can happen very quickly, within 24 hours of eating the chocolate.

You’ll also want to make sure your chickens don’t eat junk foods of any kind. Processed food will not do the chickens any good; these foodstuffs are filled with artificial flavourings and preservatives that would provide no nutritional value to your chickens. Instead, provide them with a well-balanced, nutrient-rich diet.
We hope you now know which foods chickens should avoid! If you would like to find out more about Chicken Coops and Houses, then we are the right guys to call! Get in contact today on 0845 873 0253 or visit our contact page for more details. 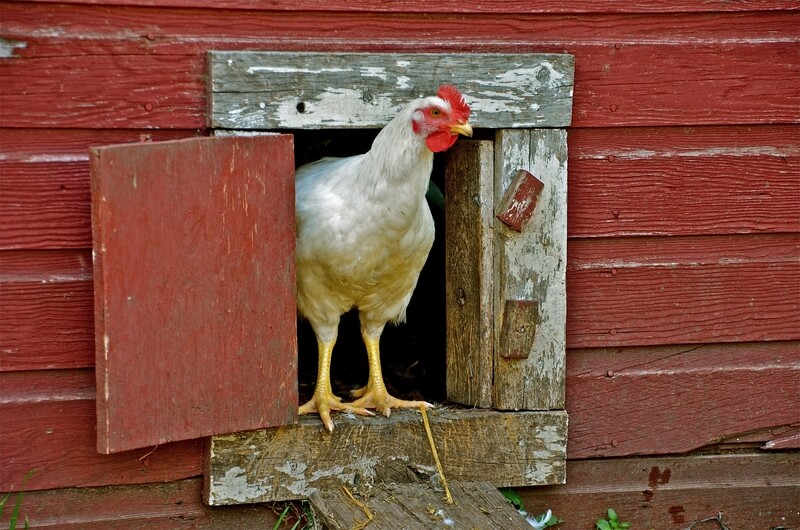 You may also want to read...

« Top Tips for Choosing the Perfect Hutch for Your Rabbits

This website uses cookies to improve your experience while you navigate through the website. Out of these, the cookies that are categorized as necessary are stored on your browser as they are essential for the working of basic functionalities of the website. We also use third-party cookies that help us analyze and understand how you use this website. These cookies will be stored in your browser only with your consent. You also have the option to opt-out of these cookies. But opting out of some of these cookies may affect your browsing experience.
Necessary Always Enabled
Necessary cookies are absolutely essential for the website to function properly. This category only includes cookies that ensures basic functionalities and security features of the website. These cookies do not store any personal information.
Non-necessary
Any cookies that may not be particularly necessary for the website to function and is used specifically to collect user personal data via analytics, ads, other embedded contents are termed as non-necessary cookies. It is mandatory to procure user consent prior to running these cookies on your website.
SAVE & ACCEPT